In 2000, Village Theatre Guild launched a program designed to bring theatrical professionals in to advise us on our productions. These people were plucked from the ample pool of Chicago-area talent from which the theatre community is comprised. They would offer us insight into the creative and technical aspects of our productions. The result became the Village Theatre Guild Visiting Artists Program.

Today, this widely respected program offers members opportunities to study under some of the area’s most well respected professionals. We offer acting and directing classes as well as technical workshops to develop our members’ skills. Additionally, our Visiting Artists consult each production during the rehearsal period providing invaluable support in helping our casts and crews achieve the finest quality productions. This unique program is available at no additional cost to VTG members, while workshops are open to the public on a space-available basis for a nominal fee.

For our members, the ongoing input from an outside professional is an extraordinary opportunity to learn and grow. For our audiences, the payoff lies in the promise of outstanding production quality.

technical Mary is the Producing Director for the Theatre Department at Columbia College. She teaches stage management for the department. She is the resident lighting designer for the Cerqua Rivera Art Experience and The Joel Hall Dancers. She recently designed Free Man of Color" at Victory Gardens Theatre, a new work by Charles Smith that was commissioned by Ohio University for their bi-centennial. Last season Mary designed for Apple Tree, Live Bait, and Victory Gardens Theatres. She is the chair of the Michael Merritt Steering Committee, an organization that gives scholarships to design students. Mary is a regional officer in United Scenic Artists LU 829.

acting and directing Brian is a member of Buffalo Theatre Ensemble and an adjunct faculty member in the Department of Theatre at College of DuPage. Burke's recent acting credits include Frankie and Johnny in the Clair de Lune, Italian-American Reconciliation as Huey, Sleuth as Andrew Wyke, The Melville Boys as Lee, Seascape with Sharks and Dancer as Ben, Noises Off as Fredrick Fellows/Phillip Brent and Visiting Mr. Green as Ross Gardiner. Other acting credits include The Trip to Bountiful, The Lonesome West, Cat on a Hot Tin Roof, The Living, Picasso at the Lapin Agile, Look Homeward Angel, Warrior and Hamlet. Burke also directed Love Song, Stones in His Pockets, The Weir and Three Days of Rain for BTE. College of DuPage directing credits include Anton in Show Business, The Laramie Project, and The House of Ramon Iglesia. Burke was also a founding member of Chicago's Cactus Theatre Company. Acting credits with The Cactus Theatre Company include Golden Boy, Fishing, Paradise Lost and Waiting for Lefty. He also directed their productions of Hurly Burly and Valentine's Day. He holds a B.G.S. degree in theatre from the University of Kansas. Burke is also a member of Actors' Equity Association.

acting and directing Kurt is excited to be a visiting artist with Village Theatre Guild again. Kurt is a director, actor and graduate of the Juilliard School of Drama. and an exchange student at Moscow School of the Arts in Russia. Kurt is currently the artistic director of The Theatre of Western Springs. He is also a member of Buffalo Theatre Ensemble where he has directed Cat On A Hot Tin Roof, Sylvia, Fuddy Meers, The Country Club, Someone Who'll Watch Over Me, Lost in Yonkers and Nocturne. He also directed Life and Limb, and Brilliant Traces with Swing For The Fences Productions and Last of the Red Hot Lovers at the Chopin Theatre. As an actor, Kurt has been on stage at Steppenwolf Theatre, Chicago Shakespeare, Portland Stage, Milwaukee's Pabst Theatre, National Jewish Theatre and A Red Orchid Theatre. Favorite roles include Merrick in The Elephant Man, Stanley In A Streetcar Named Desire, Einstein in Picasso at the Lapin Agile and Joe in Golden Boy. He has also appeared in such films as Public Enemies, Sam Mendes' Road to Perdition, Henry: Portrait of a Serial Killer, Dillinger, and on television has appeared in ER and Prison Break and will be in the pilot of a new Fox TV series Ride Along. Kurt is a teacher and Acting Coach at Acting Studio Chicago.

Open applications for Visiting Artists for the upcoming season are currently being accepted. Applicants should send a resume and letter detailing their availability from July 1st of the current year to June 30th of the next year to visitingartists@villagetheatreguild.org.

Please include your specific background in your area of interest (technical or acting / directing). This is a paid position on a contracted hourly basis. 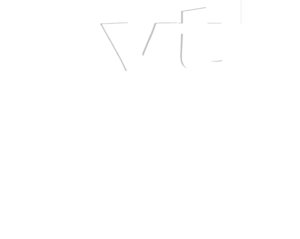